This is John Stokes, a 59-year-old dreamer from Ireland who, after twenty years of wandering around the world, has found his home in Ivano-Frankivsk.

We meet in his favorite coffee shop. Silver beard and hair, bright clothes distinguish this man among the present: John all seems to be shining.

– Hello. Glad to see, – John smiles and immediately gives me a hug.

Surprisingly enough, this gesture does not seem to me as an invasion of personal space. His smile is charming. 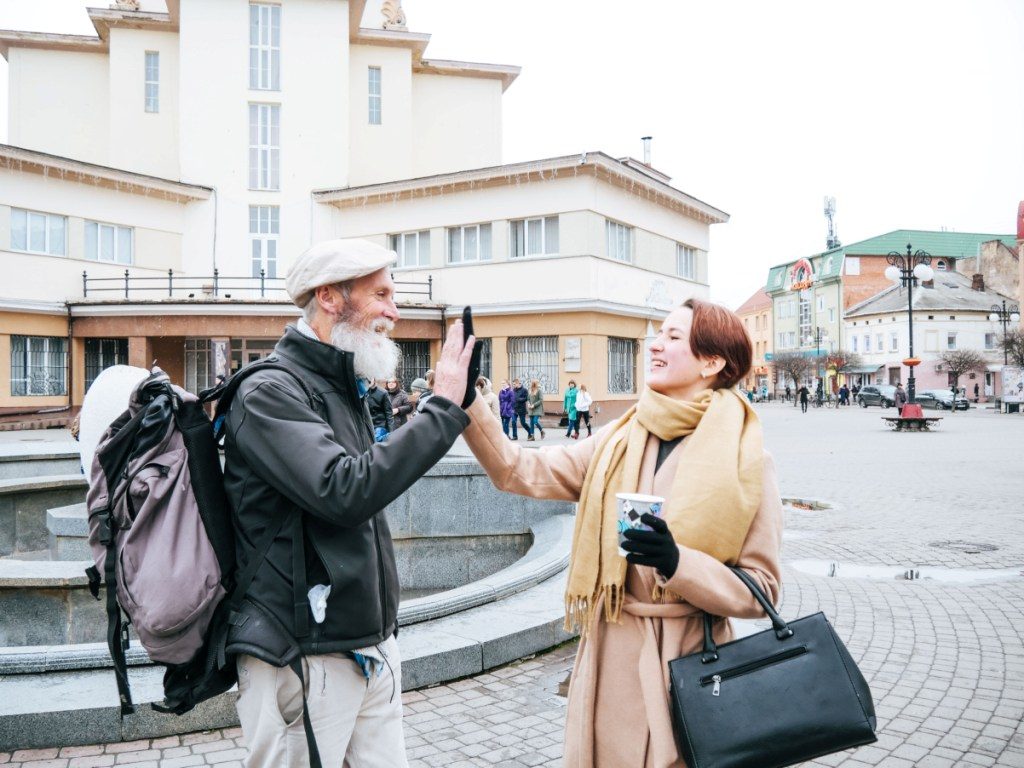 At first I try to inquire who John Stokes is. But the man himself does not know.

A person is constantly changing. He says he has been asking himself this question since he was a child: “Who is John Stokes?” And each time the answer is different.

John was born and lived up to thirty-five in Dublin, the capital city of Ireland. Only then he got this irreconcilable feeling that he needed to go to New York.

With no disposable savings, no contacts, John went to the new city alone.

In New York, the man made friends, looked after a church, so he lived for free in the best part of Manhattan, created a lot, but did not feel at home.

The dream was calling for a new trip.

“I do not care what challengers life prepares for me. I accept them all and get on with my life. “

John first headed for West Ireland, after that it was Denmark, then Poland and, finally, Ukraine.

“I fell in love with freedom of life here: people do not have a lot of money and are not clutched in the framework. It’s like Ireland thirty years ago, when the country did not controll the people’s consciousness.  Then it was a really lucky place to live. “

Having visited several Ukrainian cities and Hutsulshchyna, the man settled down in Ivano-Frankivsk three years ago. I felt like home.

“A person will never be able to understand why this or that happened in their life. I had a feeling like the soul of the city was calling me. “

To John, Ivano-Frankivsk is not a big city, but not small to be a boring one. The traveler is captivated by the Old Town, the park, the clean waters of  Bystrytsya and the citizens who say “Hello” with ease. 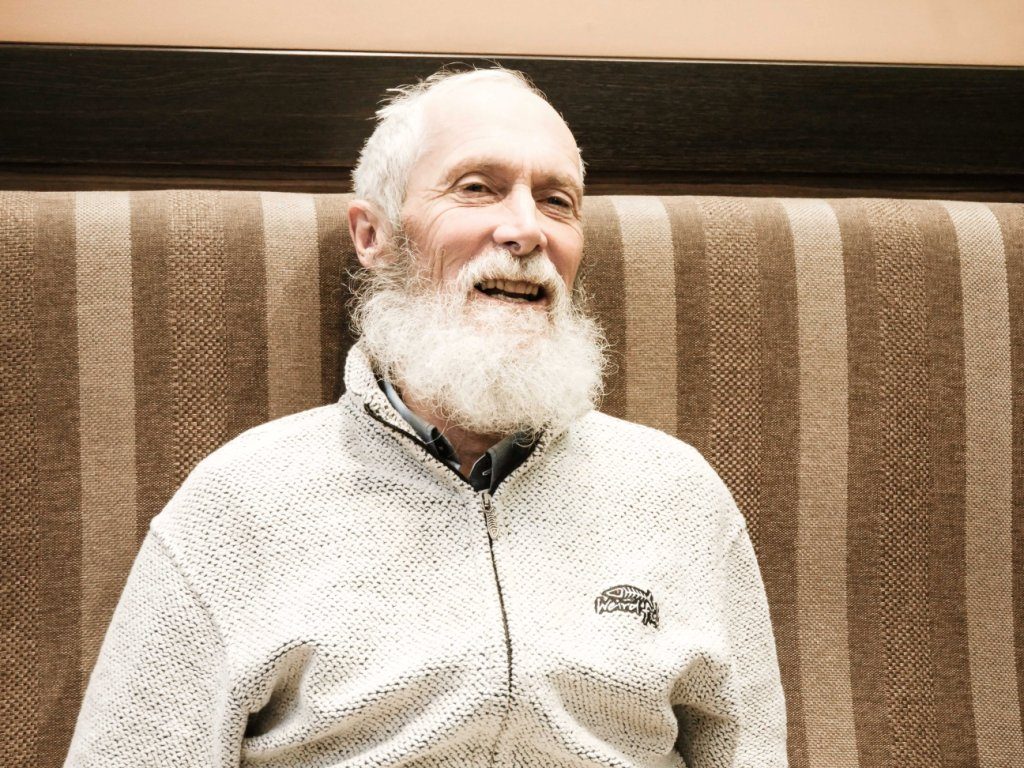 “People in Ivano-Frankivsk are free people with God in their hearts. I think the secret of this city is hidden actually in their religiosity. And it’s not about visiting the church, but about the attitude to life. “

With some people the traveler communicates through music, he sees others for about a minute, but this connection has a profound sense for him.

With tenderness, he recalls “an amazing little girl” about three years old running idly around the City Hall. When the girl noticed John with a guitar, she slowed down the run, looked at the musician fascinatedly and ran away. He runs this story as if it were an episode from a movie, which can not be forgotten.

John says that the people in Ivano-Frankivsk can teach Europeans and Americans a lot of things, because they are more natural. If you do not appeal to a person, you will know exactly about it.

For comparison, John mentions neighboring Poland, where people are very polite, but you do not know what’s really hidden behind this facade.

“Frankivians can teach anybody to be genuine.They merely lack European organization and a more conscious attitude to road construction. “

Man does not have to feel lonely

John arrived in Ivano-Frankivsk with his girlfriend Ella. The woman also stayed in the city: she had a child and is engaged in painting mandala pictures.

The traveler himself does not have a family. Relationships were very different, but John constantly felt the need to be free. He had the deepest feelings to a German woman who wanted to have children. Then John was not ready for it, and the woman broke up with him. 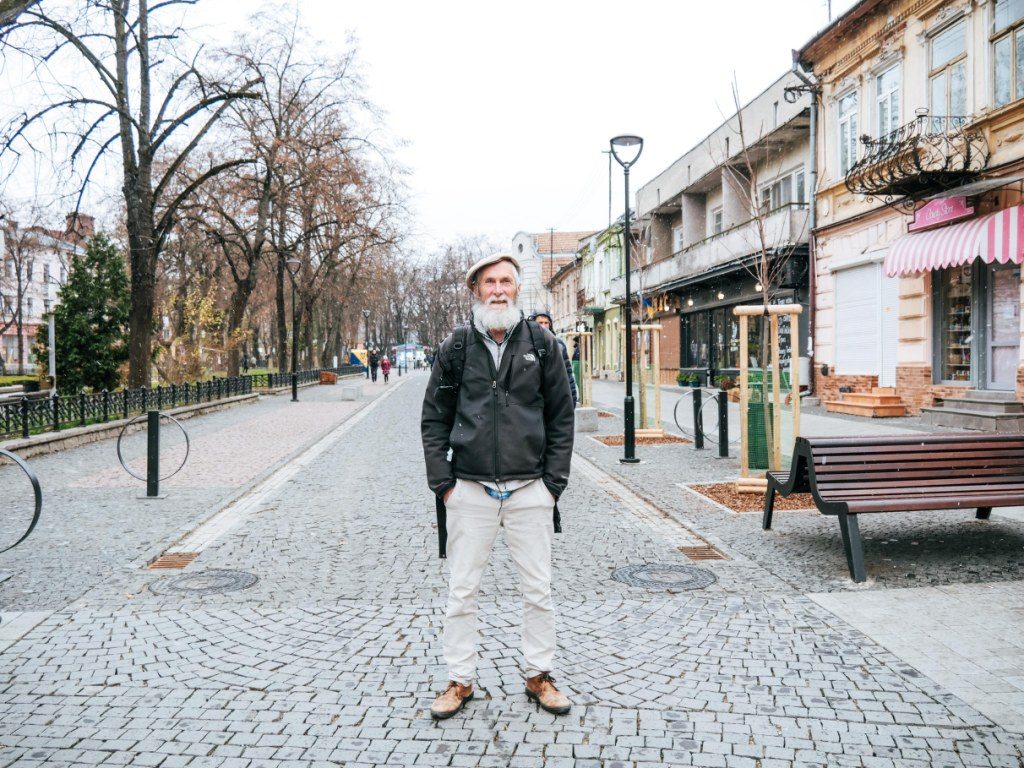 “Loneliness is a certain stage on the way to self-awareness. People should not feel lonely.”

The man calls his current life very simple. He is feeling extremely alive by writing songs and painting pictures.

Over the last three years the local man from Ireland has been relocating a lot. For some time he lived at the hostel. Now he is renting an apartment on Pylyp Orlyka street.

He lives unpretentiously and appreciates small pleasures. He is making a living by singing songs near the City Hall and teaching English to little kids. This money is enough for life.

The traveler adheres to the rule of balancing: he drinks only a cup of coffee a day, admires Hutsul traditions of celebrating Christmas and does not like St. Patrick’s Day.

“This is not a joyful holiday. It is believed that Patrick brought Christianity to Ireland. In fact, he introduced strict Christian traditions and control over the faithful by the clergy. “

John is not fussy about food: he does not like burgers and calls himself “mostly vegetarian”. In Ukrainian cuisine he likes borshch (beet-root soup), deruny (potato pancakes), varenyky (dumplings) with potatoes, cheese, mushrooms, fruits, and also banosh (corn-flour porridge).

Frankivsk is the final destination

John Stokes keeps on travelling  and every time is convinced that he is now in his place.

The traveler has visited  Dniepro. He says that there are nice people there, but he has a feeling that he returned to some sort of  the past. To John, the city seemed Soviet and stingy on new ideas.

The man also felt a huge difference in the consciousness of people in Ivano- Frankivsk and Odessa.

“I was near Odessa. It seemed that people there believe in God only by words. They are not so honest and generous. In Ivano-Frankivsk people are quite different. Not all, of course, but many. “

John has visited Kyiv recently. It was an exciting trip, but two days were enough to be happy and to return home – to Ivano- Frankivsk. 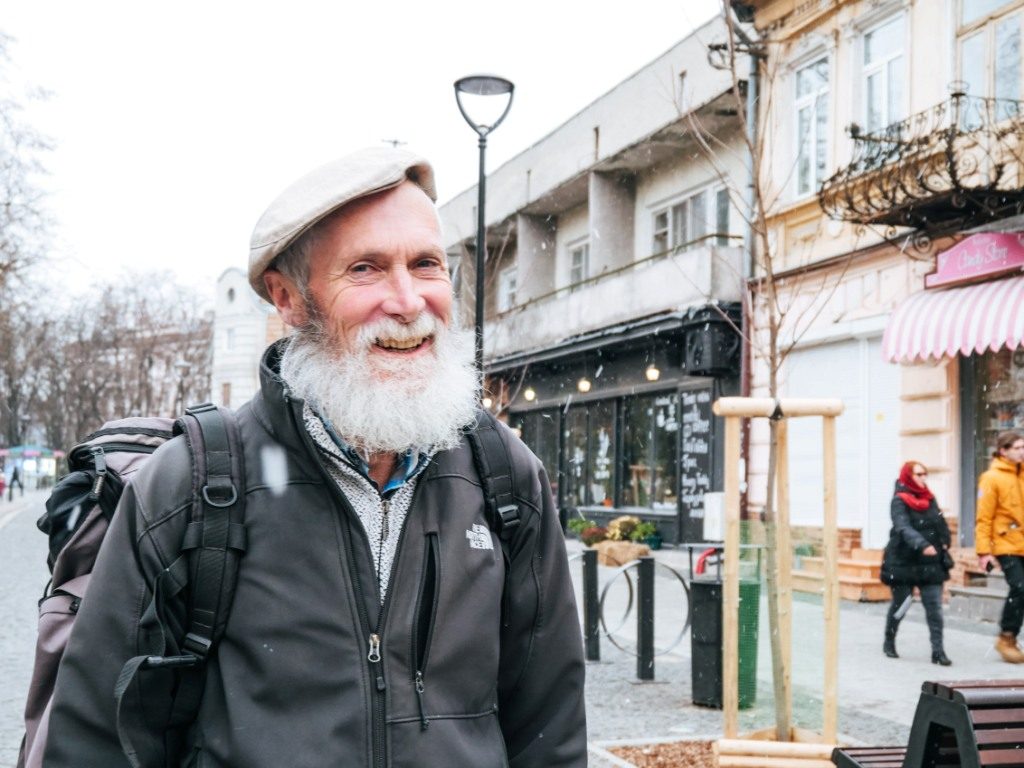 “I find it difficult to say what changes the city needs. Ivano-Frankivsk is changing, and I choose to accept it as it is. “

John has the feeling that he was born and has lived in Ivano-Frankivsk for all his life. But what’s next?

“I do not know if  Ivano-Frankivsk is my final destination. I do not think about the future, I live here and now. If something changes, I’ll go, but now I feel I am in the right place. “ 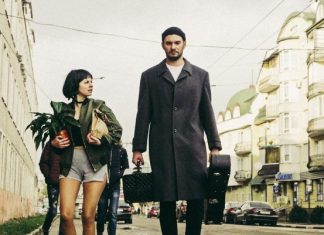